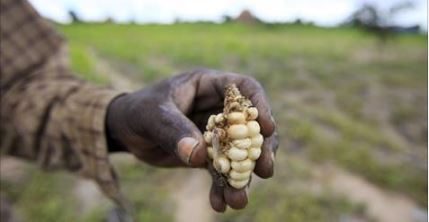 GOKWE, ZIMBABWE —
In Zimbabwe, researchers say they are breeding maize that is drought and heat resistant as part of efforts to fight hunger across Africa, where maize is a staple food.

In Hezekaya Village in Gokwe, about 200 kilometers west of Harare, cotton is what most people plant because it can grow in hot, dry weather. But that is slowly changing, thanks to a program of the International Maize and Wheat Improvement Center, funded by USAID and the Bill & Melinda Gates Foundation.

The head of the center’s southern Africa program, Cosmos Magorogosho, says the vitamin-A fortified, drought-resistant maize varieties being developed will ensure food security across Africa if they are widely adopted.

“Since its inception, this program has been able to produce more than 50,000 tons of maize seed, not just for Zimbabwe, but for Southern Africa, Eastern Africa and West Africa,” Magorogosho said. “And these seeds are certified. They have been produced by seed companies and have been marketed in communities, and communities are benefiting from increased yields.” 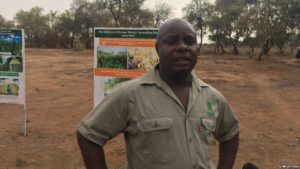 One of the farmers who planted the new seeds is Tariro Mudazvose in Gokwe.

“We managed to have a good harvest in relation to the farming seeds that were distributed to us,” Mudazvose said. “There is much difference with other existing maize seeds because this maize seed reduces hunger and is drought resistant. It produces high yields, and creates food security in our households. We eat sadza three times a day as a result of this seed.”

Eating sadza, a thick corn porridge, three times a day is a luxury for most people in Zimbabwe because of the chronically poor economy and erratic rainfall.

Across much of sub-Saharan Africa, maize production is almost completely dependent on rain, making farmers highly vulnerable to drought.

Magorogosho hopes the new seeds will make farmers more resilient and productive, and put more sadza on tables across Zimbabwe.